In 2014, Jan Thiele, who was then Research Fellow at Centro de Ciencias Humanas y Sociales (CCHS), Consejo Superior de Investigaciones Científicas (CSIC), Madrid, joined the CmY as member of the Editorial Committee. He was involved in the preparation of issues 19 (old series) to 9/28 and in the Special issues 1 and 2, and he retired from the CmY in 2019. He was then promoted Editor-in-Chief of the journal Intellectual History of the Islamicate World, published by Brill. 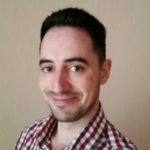 Maxim Yosefi, research fellow at the Seminar for Arabic and Islamic Studies of the University of Göttingen, started contributing to CmY in 2017. Apart from critical reviews (in issues 5/24 and 8/27) and a full-length article of his own (in issue 6/25), he prepared revised, edited and annotated English translations of the catalogues by A. Khalidov (1979) and V. Belyaev (1947), published in issues 7/26 and 10/29. He was also responsible for reviews of Arabic press in issues 6/25-9/28. Maxim Yosefi’s research interests include classical and tribal Arabic poetry, ethnography of the text, and the influence of Islamic and pre-Islamic ethical concepts on poets.